Maybe Believe to be officially released MAY 12!

We just mailed this project out all over the world with the help of an amazing promotional team, and we are so excited to finally be releasing it everywhere in just a few weeks. 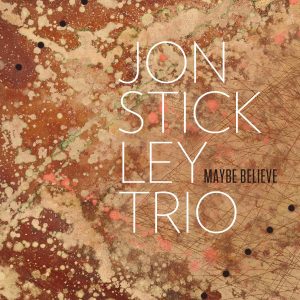 I can’t believe this album came to fruition the way that it did, especially regarding my personal satisfaction with the music, and how well the design and artwork match the overall concept. These CDs look like the music sounds. Thanks to everyone involved. We have such a great team, and this wouldn’t be possible without them. Special special thanks (again!) to our Kickstarter backers, because as we’ve said a bajillion times, this literally couldn’t have happened without you. All the love, Jon